About the Cat Parade

On 13 March 1938, a small Cat procession, accompanied by music and the jester, and by nine honorary boys, each carrying a plush cat, went from the Town Hall to the belfry.
There, first a children’s party took place during which plastic cats were thrown. This was followed by a short break with carillon music and a concert of Theban trumpets. While the City Jester climbed the tower to throw down the plush cats, white and red paper shreds swirled down. In the morning, people had already witnessed the ‘Cat race’, a cycling competition.

During the Second World War, the Cat Parade was halted, but on 17 March 1946 plush cats were thrown again, preceded by a small procession and the condemnation of the cat on the Grote Markt.

Mayor Jan Vanderghote dreamed of expanding the small parade. His successor Albert Dehem made that dream come true. At the beginning of the fifties new folkloristic processions appeared everywhere in West-Flanders, the ideal moment to create a big Cat Parade. Together with a few big names from Ypres, such as Octaaf Mus and Daniël Merlevede, Dehem created a grand parade with 1500 participants, all dressed up in beautiful costumes. The fantastic designs of Frans van Immerseel were transformed into masks and impressive floats. In 1955, on the second Sunday of Lent, the first big Cat Parade was a fact.

The parade did not mean the same thing to everyone. For Mayor Dehem the parade was a way to put Ypres, which had been totally destroyed after the war, back on the map. He also wanted to bind all kinds of relations, in a pleasant way, to the city. Others, including Octaaf Mus, wanted to give the people of the town back the ‘Ypres feeling’ that had somewhat disappeared after the tragedy of the war. By giving the people a common project, a bond was created between them.

Until the 1980s Ypres was known more for its Cat Parade than for war tourism. The town therefore owes much to the parade. It made Ypres known again in Belgium after the two world wars and strengthened the feeling of solidarity among the population.

The Cat Parade and its ‘histories’, different stories are circulating whether or not they are the real truth. We try to explain some of the ‘truths’. 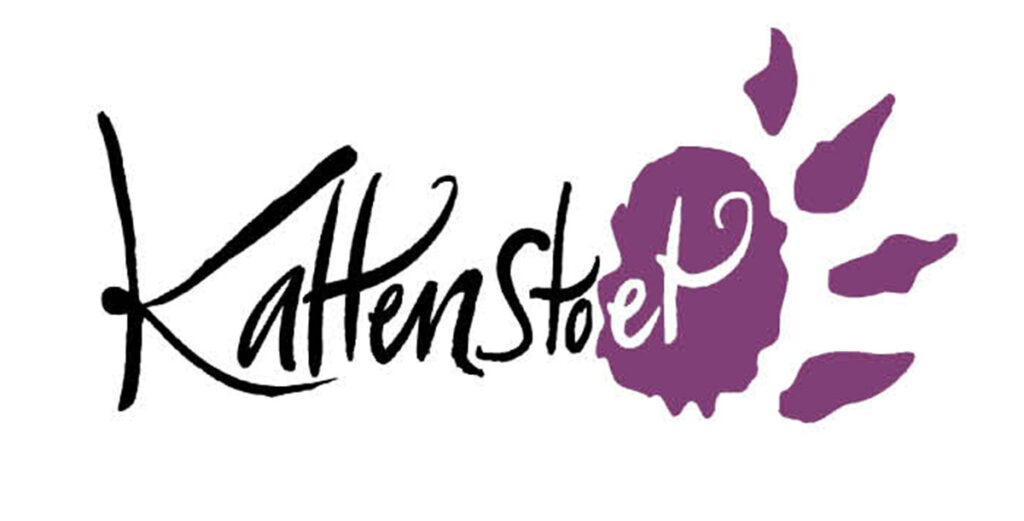 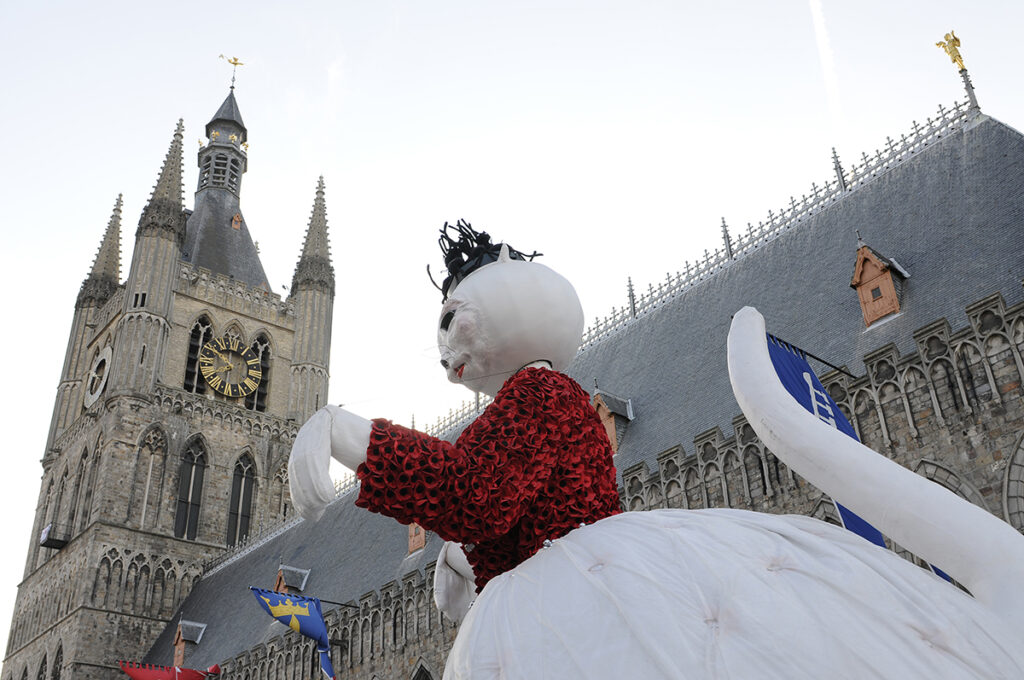 The parade itself, which always takes place on the second Sunday in May, has known few drastic changes over the years. The parade had a flourishing period under director Roger Quaghebeur. From 1997 to the present, director Bart Cafmeyer has provided many innovations at every edition. Nevertheless, the parade has consisted of a few recurring themes with established catwalk values since its inception.

The parade starts with a publicity caravan followed by the introduction and opening with the Koninklijke Harmonie Ypriana. After the flag waving, scenes such as Ypres Historical Town, Ypres Cat Town, Cat worship in history, Cat in Language and Legend, the Cat around the World etc. will be presented. After the parade everyone moves to the Belfry Tower of the Cloth Hall where the city jester throws down a few plush cats.